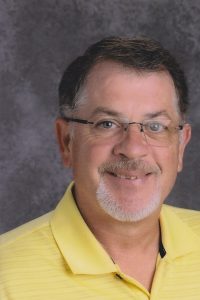 Gerry Keesling begins his first year for Northeastern Wayne Schools as Athletic Director.  Previously, he was the Athletic Director at Hagerstown Jr. Sr. High School for six years where their sports teams won Eight TEC All-Sport Trophies during his tenure.  Prior to this Gerry was the head football coach at Earlham College for 9 seasons and offensive coordinator for 11 seasons.  He has coached football at Centerville High School and Wes-Del High School.  He is married to Donna Keesling and has two sons Mike (Emily) Keesling, Grant Keesling as well as two grandchildren Addy and Brody.